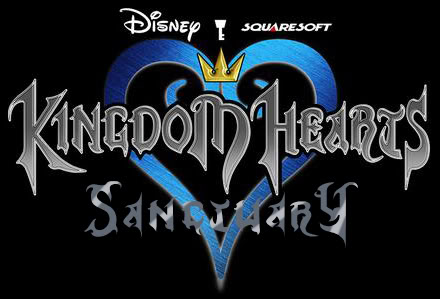 You are not connected. Please login or register

So once again..tips?
Oh, and since I'm here
You might as well tell me
how I beat the other forms of Xemnas

(9999/9999)
Use Circle to Drain and absorb enemy fire.
Use Sqaure to fire lasers.
Use X to attack with the Keyblade.
What you wanna do is use Drain to

deflect shots and absorb their energy, to fill the energy meter at the top of
the screen.

The enemies that look like the kind you were flinging into the two Cylinders
earlier do close range melee attacks which cannot be absorbed. Use your laser
attacks to defeat those (or the keyblade if they are that close). Use Drain
against the flying enemies which shoot projectiles at you.

Once your energy bar is full, use the Reaction 'Megalaser' to actually hit the
dragon's HP. Don't use your 'Megalaser at the wrong time, because you can miss
with it. Make sure you are decently close to the dragon and that it's pretty
close to center on the screen before firing.

At soem points, the dragon will expose a weak spot, such as a wing. A red
target reticle will appear on it. You can target this with your normal laser
attack to deal some damage to it.
OK, YOU BEAT THIS PART! NOW FOR XEMNES HIMSELF AGAIN
After fighting it a while, you will get a cutscene.

When it ends, you'll be facing Xemnas himself, once again in his armored form,
sitting on the throne.

During this portion of the battle, you can multi-jump, meaning you can
continuously hit jump to rise very high. You can fall out of the arena..
don't, If you start to, start jumping again.you cant die like this though,but still.

Like before, he has a devastating short range melee attack if you get close.
If you are using melee primarily during this battle, you need to make
extremely swift hit and run attacks. I personally stand back and chain cast
Thundaga to deal some massive damage.

During the battle, he will strike at you, seemingly regardless of where you
are, which hurts pretty bad and has extreme knockback, through you to the very
edge of this little pocket of the universe. As you glide back in, buildings
will come flying towards you. Simply dodge back and forth to avoid them, or
drop/rise. They aren't difficult to evade. He will also fire several lasers.
You will see them literally coming from a mile away. When he starts doing
this, initiate evasive maneuvers.. i.e. start gliding back and forth. They
should miss you if you do it right. If you get too close to the giant white
thing, it will strike you for heavy damage.

What you wanna do is find a stationary building and execute the Reaction
'Riding Shot'. Sora will Strike the building and Riku will ride on it as it
hurtls towards the giant white shield. After striking and breaking the shield,
hit the 'Meteor Rain' Reaction to make Riku slice the building up and send it
in.

If you take too long, or after the shield is broken, several ice crystal things
will appear and shoot giant, devastating lasers at you. The best way I have
found to avoid this is to keep jumping upwards and angling out of the way
while doing so.

After either of those, you can return to the platform and resume your assault
on Xemnas.

After he's damaged some, he can summon those same ice crystals while on the
platform, 4 of them specifically. They are very easy to avoid, so jump out of
the way if you see them form.

Be aware that after this, when you are back out in the void, that he can use
these lasers seemingly at any time. Stay on your toes (or your like..
flight-enabling hands or whatever).

After 3-4 times of being hit out into the void and coming back to wail on him,
you will defeat him, just be extremely careful and don't stop moving for any
reason.

NOW FOR THE FINAL FIGHT(this one is actually challenging!!!)
Once again, you and Riku together.

To start, I'll say all his attacks are moderate to devastating. Don't worry
about which, just do your best to avoid them.

He swill start by attacking very swiftly. Start hitting triangle to use
'Reversal', or he will make mincemeat out of you. You can try to get a hit or
two in while this is going on, but don't count on anything. After a moment,
he will stop and you can fall back to the ground.

To start with, he has a ground based attack much like the first Giant Nobody
you fought as Roxas. He will send out waves of strange energy threads, which
you can use 'Reversal' on to dodge and get closer to him.

When he is doing this, if you are close, quickly leap up and execute an air
combo on him, for he leaves himself vulnerable from every direction but his
front.

He can also summon a giant ball of energy which will knock back anything at
close range. If you see him start to gather this, jump out and back off.

He will also teleport around a lot. Much of the time he will teleport behind
you and execute a heavily damaging lightsaber combo, which will usually knock
you into the air. If you have retaliating slash, this can be effective,
otherwise, Aerial Recovery and Glide outta there. I suggest staying airborne
during this part fo the fight unless you are swooping down to attack him when
he's exposed one of his weaknesses. Staying on the ground will just open you
up to his insane teleporting combos.

After he's been damaged some, you will see him set up several lasers, which
will then shoot off and home in on you. Evade them the same way you evaded the
ones at the "flying in the void" battle, by taking to the air and swooping
back and forth. They are very difficult to avoid so don't be surprised if
you're hit.

he will also grab Sora with an electrical attack, holding him in place and
Riku will jump in to try and free him. He fails, so you take control if Riku!

This part is very hard especially if you had Sora at Low HP. Sora's HP will
slowlyt drain. You need to get close to him, but Xemnas has a really
aggressive clone that will repeatedly smack you in the face with "Guard!".
What you need to do is relentlessly spam 'Dark Aura' (Square button) to keep
him away and move in to where Sora is as fast as possible. Once you're there,
use the Reaction 'Rescue' to free him!

Xemnas will be momentarily stunned, so swoop in and beat the crap out of him
while you can.

Xemnas will start using his "rising energy and many Reversals" attack that
he started off with a lot, so be prepared.

He will also use his ground based version of the attack a lot so use
'Reversal' to move in close and combo him until he has no HP left.

When he has but a sliver, he will raise his hands up and gather a gigantic
ball of dark energy. The darkness will cover the area and then from within
that darkness, hundreds and hundreds of lasers will fly at Sora and Riku.
Simultaneously mash X and Triangle toi make both of then 'Reflect' the lasers
away. If you don't, kiss your butt goodbye. After what seems like way too
long, it will disperse in white light.

You'll see a neat lil cutscene and then be back on the battlefield with Xemnas
hanging, stunned and unable to move. Use one fo the final blow techniques
(a combo finisher, limit, magic, or a square attack) to finish this battle for
good!